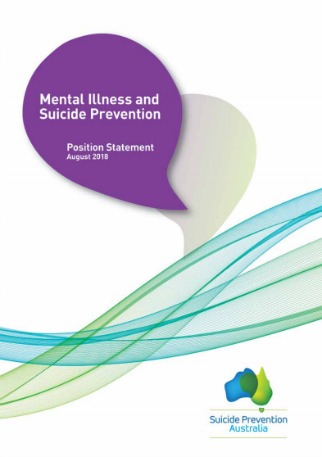 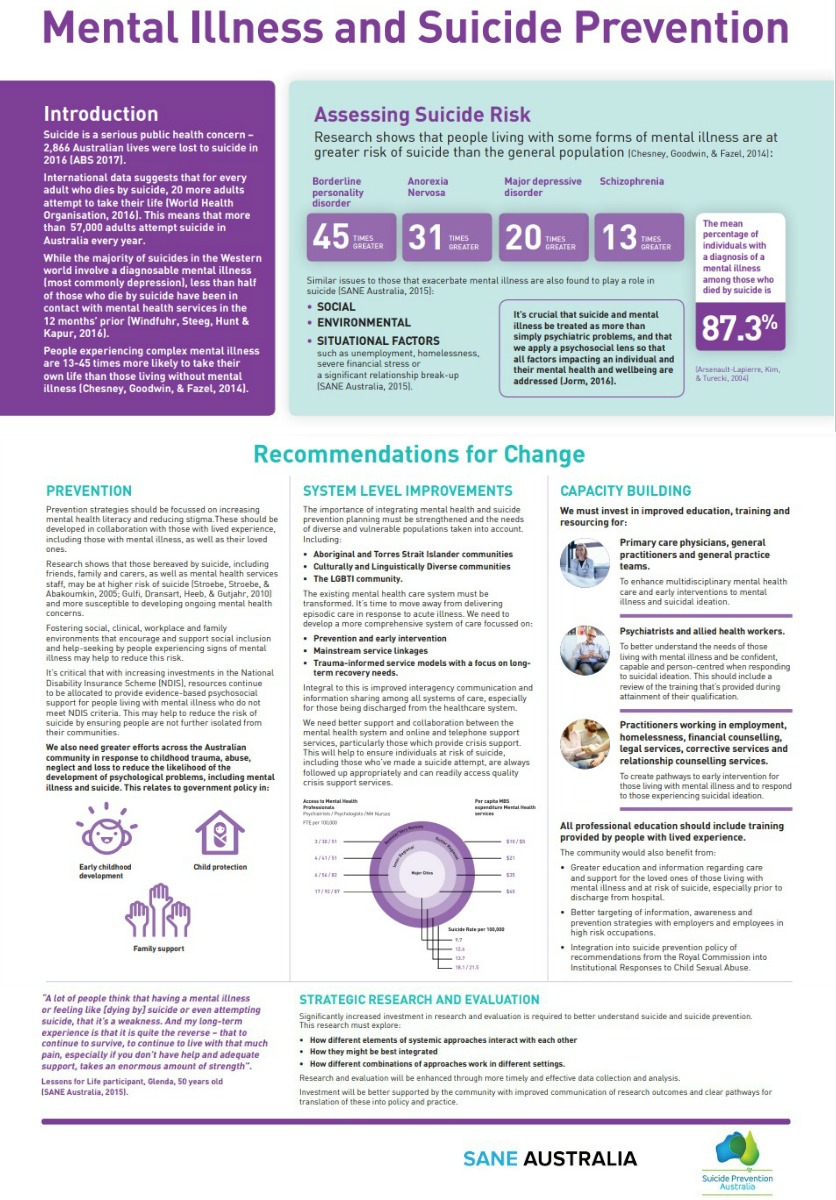 ‘This position statement represents the public position of Suicide Prevention Australia and is used to inform the ways in which Suicide Prevention Australia engages with stakeholders. The statement provides recommendations to guide future investments in addressing issues relating to mental health, mental illness and suicide prevention, as well as a background resource describing the key issues involved in mental illness and suicide.

The position statement and background are specific to the issue of mental illness and suicide. It does not discuss the general issues of suicide and suicide prevention, nor address risk factors experienced by other cohorts deemed to be at an increased risk of suicide such as LGBTI or Aboriginal and Torres Strait Islander communities, except where the risk factors experienced by these communities also intersect with risk factors for those experiencing mental illness’

“A lot of people think that having a mental illness or feeling like [dying by] suicide or even attempting suicide, that it’s a weakness. And my long-term experience is that it is quite the reverse – that to continue to survive, to continue to live with that much pain, especially if you don’t have help and adequate support, it takes an enormous amount of strength” [Lessons for Life participant, Glenda, 50 years old SANE Australia, 2015].